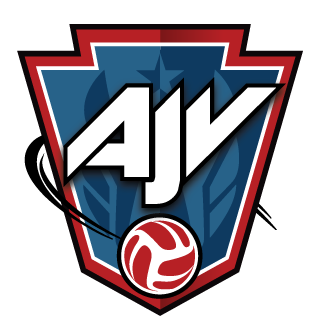 18 adidas | Head Coach
Jeremy is an AJV Boys Alumni and is the student manager for the University of Texas Women's Volleyball Program.

18 adidas | Assistant Coach
Santiago is the current head women's volleyball coach at Arkansas State, has coached collegiate Division I women's volleyball for more than 15 years, and has had previous head coaching stints at both Southern Mississippi and the University of Oklahoma.

“We conducted a national search and actively recruited candidates from around the country, and we couldn't be more excited that someone with the background, enthusiasm, leadership skills and coaching abilities the caliber of Coach Restrepo will now be leading our volleyball program,” said A-State Executive Senior Associate Athletics Director and SWA Amy Holt, who served as the chair of the volleyball coach search committee. “His experience and achievements as a head coach speaks for itself.  We want to welcome him and his family to the Red Wolves family, and we are looking forward to the future of our volleyball program under his direction.”

In 14 seasons at Oklahoma, Restrepo was responsible for the most successful era in program history. The Sooners compiled a 242-189 record in his 14 seasons with eight trips to the NCAA Tournament during his tenure, including six in a row from 2009-2014 and five consecutive 20-win seasons during that stretch.

Oklahoma's sixth consecutive appearance in the postseason came on the back of a 20-11 record, highlighted by a road-win at No. 2 Texas to snap the Longhorns' 34-match home win streak. A trifecta of Sooners became only the second trio to earn All-America Honorable Mention at the end of one season in OU history.

During his tenure, 14 Oklahoma student-athletes earned All-America honors from the American Volleyball Coaches Association (AVCA) and the organization recognized 10 Sooners with all-region accolades. The Big 12 Conference chose 29 OU players as all-conference selections and eight rookies earned a spot on the conference's all-freshman team.

After losing his youngest son to leukemia prior to the start of the 2009 season, Restrepo returned from a leave of absence to lead his team to the NCAA Championship for the first time since the 2007 season. The Sooners finished fourth in the Big 12 after going 11-9 and 18-12 overall.

One of the most successful seasons in the program's history came during the 2006 campaign as OU achieved in the biggest turnaround in Big 12 history. That year, Restrepo guided the Sooners to their first-ever win over Texas and the team advanced to the NCAA Championship third round for just the second time ever. Oklahoma finished the year ranked No. 12 in the final AVCA, its highest in history. Behind Restrepo's leadership, the Sooners recorded the best winning percentage in school history with a 28-6 (.824) record and finished second in the Big 12 with a 17-3 mark.

Prior to his time in Oklahoma, Restrepo spent three seasons as head coach at Southern Miss. In Restrepo's final season at Southern Miss, he led his 2003 team to a program-best 27-6 record and was named Conference USA Coach of the Year.

That squad reeled off three winning streaks of at least six matches, including one eight-win string, the longest in school history. Three Golden Eagle players garnered All-Conference USA honors during Restrepo's three-year tenure, including two in his final season. He left Southern Miss with a record of 52-40 (.565) and an overall mark of 127-72 (.638).

Perhaps the most remarkable part of the Golden Eagles' 27-win season is that it came just two years after a nine-win campaign. The 2001 team went 9-19 and finished 11th in C-USA. One recruiting class later, his 2002 team improved to 16-15 and finished the conference season in eighth.

Ahead of his tenure at Southern Miss, Restrepo served three seasons (1998-2000) as an assistant coach at Saint Louis University under Marilyn Nolen. Restrepo brought a tough training regimen to the Billiken program in 1998, and his dedication and work sparked an immediate improvement.

Restrepo served as the women's head coach at East Stroudsburg (Pa.) University from 1994-97. He led the Warriors to a 21-11 record and a semifinal finish in the Pennsylvania State Athletic Conference (PSAC) in his first season in the league. East Stroudsburg posted its best record in school history with a 32-2 mark in 1996. For his team's efforts, Restrepo was named PSAC Coach of the Year. During his tenure, he led ESU to a 75-32 (.735) overall record.

A former NCAA Division I All-American at East Stroudsburg, Restrepo was also a four-time all-conference selection. He earned team most valuable player honors all four years and was the co-winner of the senior athlete award in 1986. He was inducted into the East Stroudsburg Hall of Fame in 2004.

Following his collegiate career, Restrepo played one season professionally in France and returned to the United States where he played on the American Volleyball Players Pro Beach Tour.

He earned a 3A player rating on the AVP tour and had the opportunity to play against some of the giants of professional beach volleyball, including Karch Kiraly, Sinjin Smith, Randy Stoklos and Kent Steffes.

Chase McKinzie is a native of Studio City, CA and graduate of The University of Texas at Austin, earning his B.S. in Exercise Science in 2014. Chase started playing volleyball at age 13 in Junior High at Campbell Hall school in North Hollywood, CA. Chase continued to play as an outside and opposite hitter at the varsity level for four years at Campbell Hall High School, obtaining the honors of captain and All-League selection his Junior and Senior years. His senior year, he emerged in the club scene and played for Santa Monica Beach Club based out of Los Angeles, CA. In 2010, Chase participated at Junior Olympics in his future home of Austin, TX. In his time at Texas, Chase played for the UT Mens' club team as an outside hitter and captain of three years. He helped lead the Longhorns to 9th place (2013) and 5th place (2014) finishes at NCVF College Nationals. During the last two campaigns of his college career, he garnered NCVF 2nd Team All-America (2013) and NCVF 1st Team All-America (2014) as well as All Conference Team (2012-2014). In conjunction with playing in college, Chase began coaching at Austin Juniors in 2013. After graduating, Chase pursued a professional indoor career in Europe. In a brief stint overseas, he competed as a Libero and Outside Hitter against the Qatar, Cameroon, and Slovenian National teams as well as the top teams in Maribor, Slovenia. Chase returned home to California and competed in the California Beach Volleyball Association, earning his AAA Beach rating. Chase head coached two teams for Los Angeles Volleyball Academy during the 2014-2015 season. Chase's love for Texas drew him back to Austin. He currently works as a strength and conditioning trainer.

Anthony started playing volleyball as a sophomore in Southern California at Birmingham High School. During his time there, he received 1st team All-League and 1st team All-City honors as an opposite hitter, and was inducted into the school's Athletic Hall of Fame. During his senior year, he set records for kills in match, season, and career. He played club for Valley Oaks Volleyball Club. He went on to play as a setter and opposite at Santa Monica College in California under AVP MVP, and Pepperdine National Champion setter John Mayer. After his playing career, he coached high school boys volleyball for two seasons as both JV Head Coach and Varsity Assistant Coach at Birmingham, and one season as the girls Freshmen Head Coach. He also coached two seasons with 818 Volleyball Club in Southern California for their 16's and 17's Girls teams. Last season he coached for AJV South and is excited to continue coaching this year for the AJV Boys Program.

Avery grew up right here in Austin, TX and went to Bowie High School playing as outside/libero. She began playing volleyball at AJV in 2004. After graduating from Bowie in 2010 she went to Lee College on a full ride as Libero, where she was named All American in 2012. She graduated magna cum laude from Lee College with an Associate of Science degree in Natural Science. She then transferred to the University of Arkansas to complete her Junior and Senior year and collegiate eligibility on the Razorback volleyball team. During her time with the Razorbacks, they appeared in the NCAA tournament twice. She graduated from the University of Arkansas in 2014 with a degree in Biology and Business. She has hopes of going to Medical School within the next few years. This will be her 4th year coaching and 3rd year coaching for AJV where she plans on bringing her knowledge and passion for the sport to every team and individual she coaches.

Robert's coaching experience includes several seasons as well as various camps and clinics with Lions Jrs Volleyball Club, 1st Alliance Volleyball Club, and 3rd Coast Elite Volleyball Club, all based out of the Chicago area. He also competed collegiately at the DI/DII in the MIVA Conference at McKendree University. Robert recently moved to the Austin area to pursue a career in the protective intelligence industry at Ontic Technologies.

Jordan began his volleyball journey at O'Neil Middle School in Chicago, Illinois, where his passion for the sport was ignited. This introduction translated into club volleyball play at Ultimate Volleyball Club for a season, followed by four years with Sports Performance Volleyball Club where he finished as high as 5th place in Boys Junior National Championships in the Open Division. During this time, Jordan started three years as the varsity setter for Downers Grove South high school, and in 2013, as the 5th seed in their region, they became the lowest seed to ever win a state championship. From there, Jordan continued his playing career at Marymount University in Arlington, VA, and helped bring the team their first as well as a set of consecutive CVC tournament appearances. During his time at Marymount he also enjoyed running the Marymount Youth volleyball camps as well as playing in sand and grass tournaments.

Outside of volleyball, Jordan works as an account executive in Austin for a public opinion research firm and enjoys time with his pup, Jameson.

Tim is an AISD summer camps coach for inner Austin schools, and serves as the Head Coach for St. Andrew's Episcopal School's varsity men's volleyball team. Tim served as an Assistant Coach for Texas Lutheran College and Southwestern University. Previously, he was a volunteer assistant coach for Huston-Tillotson University and St. Edward's University.